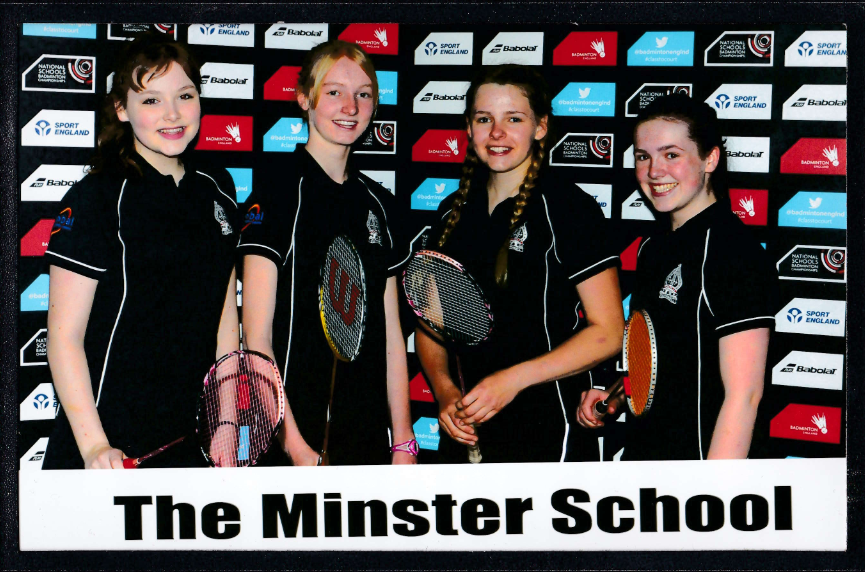 Well done to Emma Hooper and Eleanor Collins who represented the Minster School and reached the final of the Key Stage 4 National Schools Championship. The team came 9th out of 1600 schools that entered.

Congratulations to Dan Whaley on winning the Yorkshire U17 Bronze with his partner from Worksop. 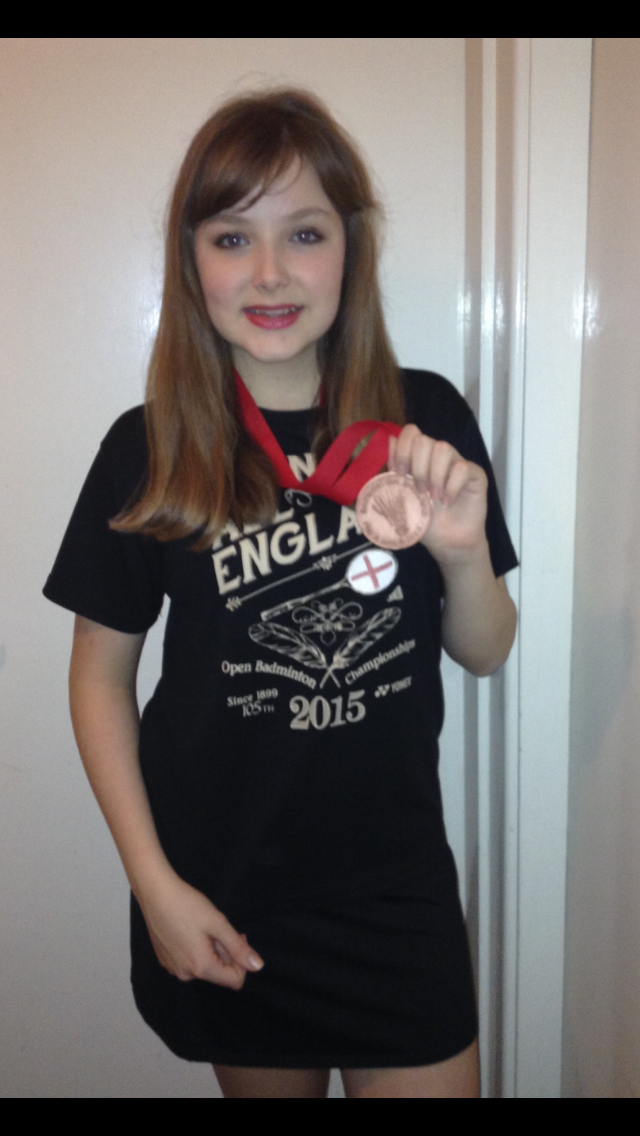 The penultimate Big Session of 2015 had some new faces in the winning teams which is always good to see. Winners of the first session were Rosie Wood, Eleanor Stanley, Tim Stokes (captain) and Harry Scattergood. 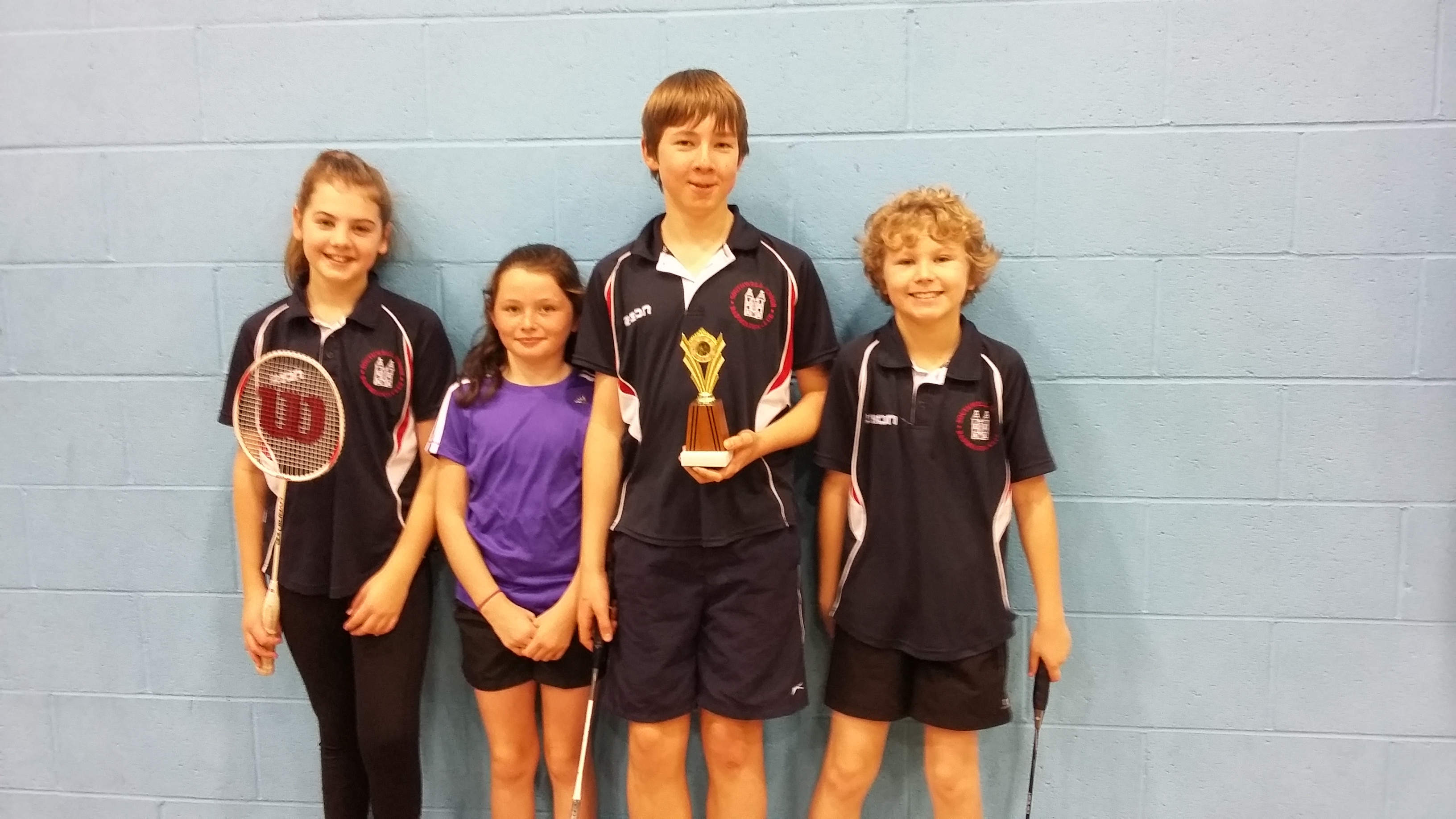 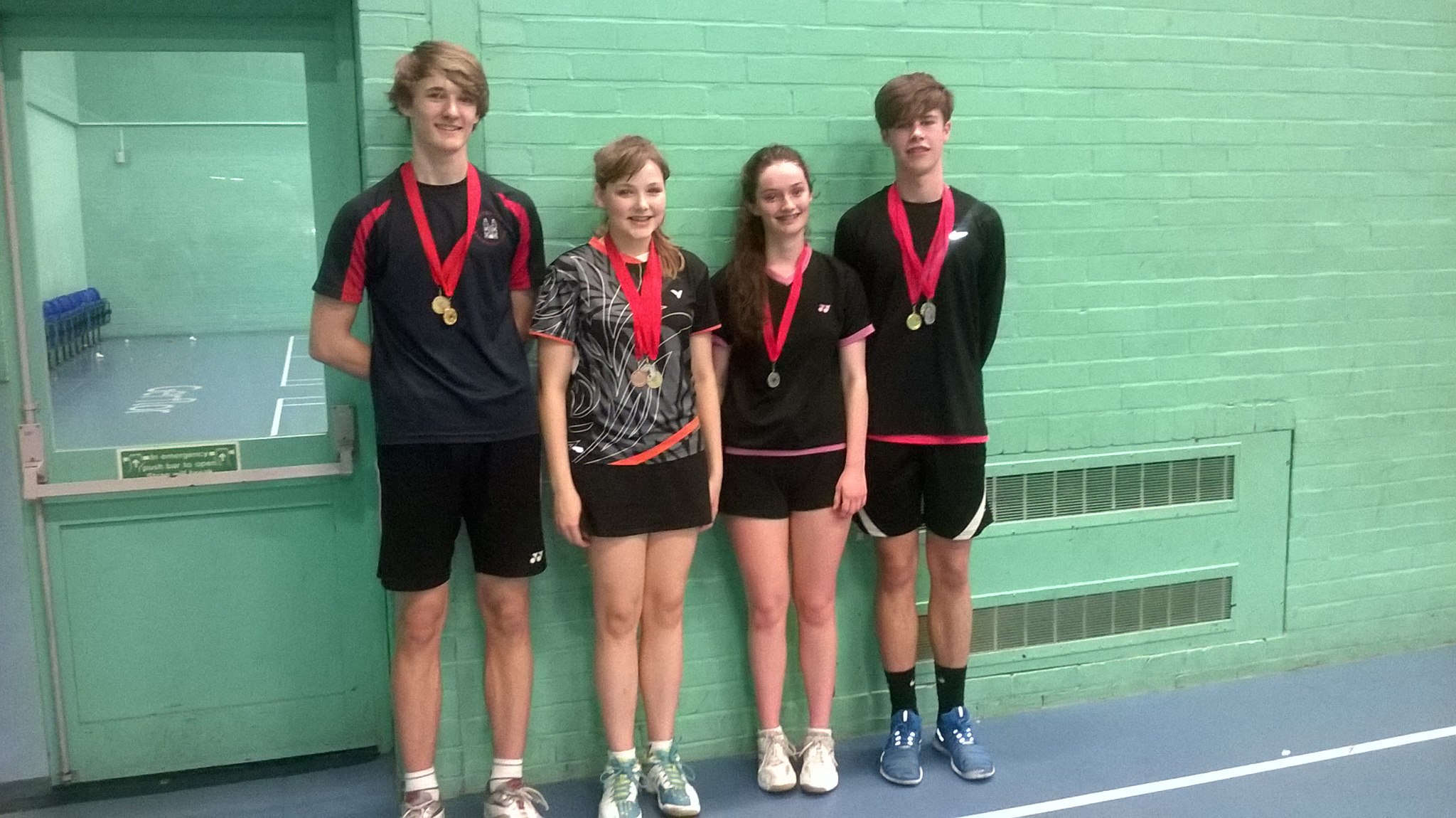 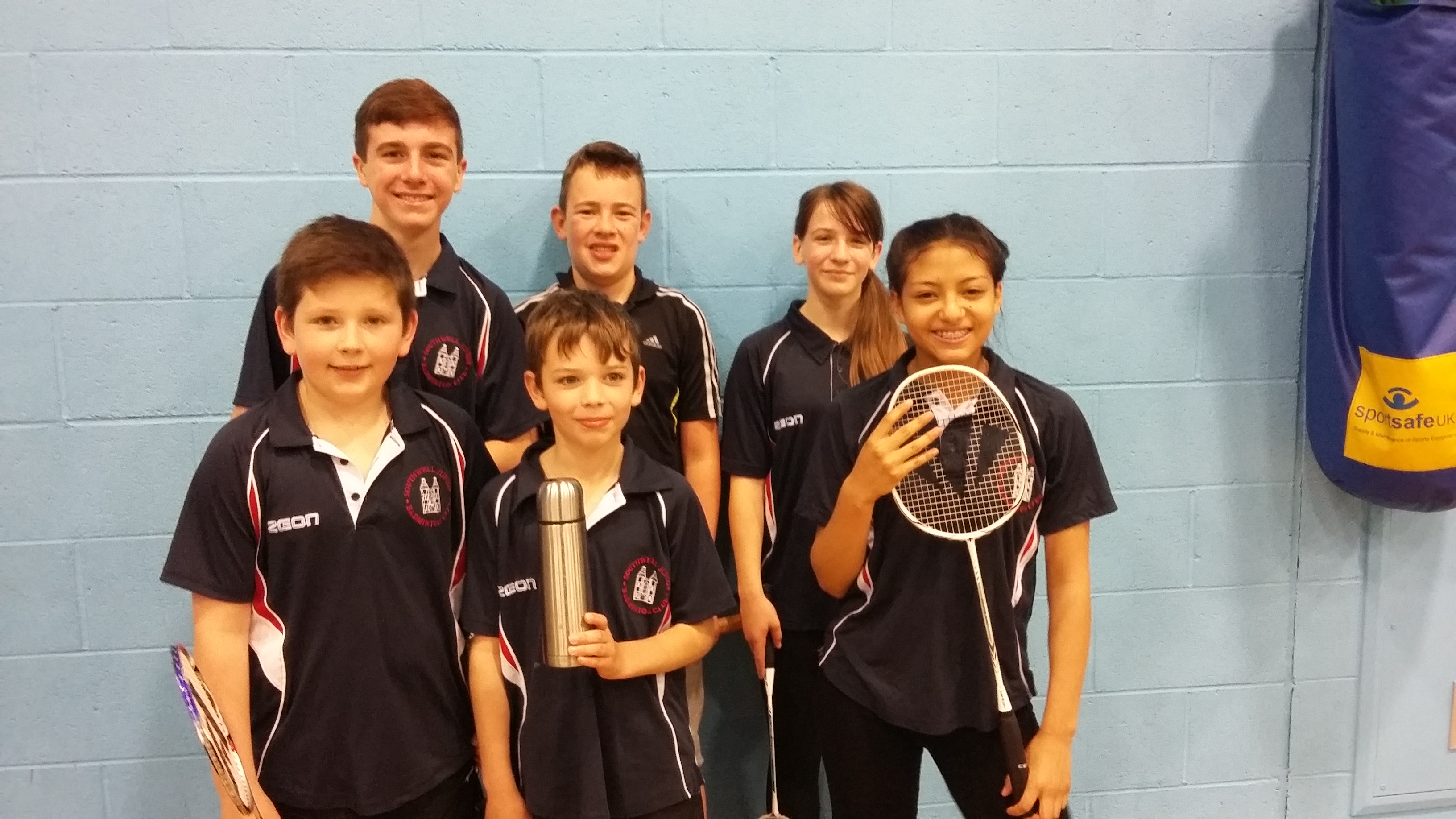 The first Big Session mini-tournament of the 2015/16 season took place on Saturday to round up the first half-term’s coaching. Winners of the first session were William Allen, Sam Yates, Jack Allen, Sam Burnham, Hope Sommers and Vicky Mendez. 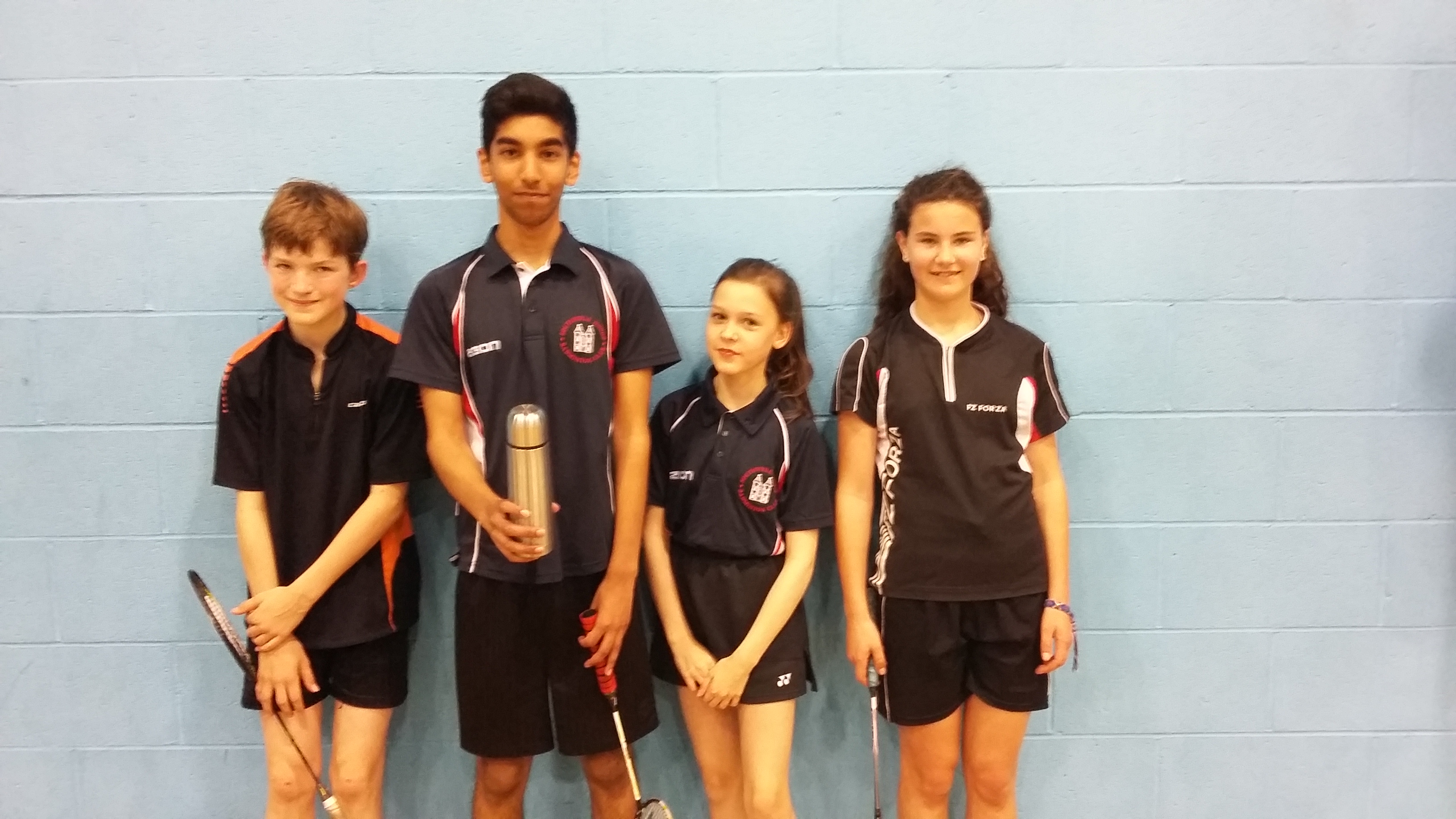 Winners of the second session were Michael Penn, Behram Khan, Izzy Mullen and Sofia Aujla-Jones. Looks like we have a new and unusual trophy – presumably because the previous winners have forgotten to return their prize!!

The final session of the 2014/15 season took place on Saturday 23rd May with 48 members attending for a mini-tournament. 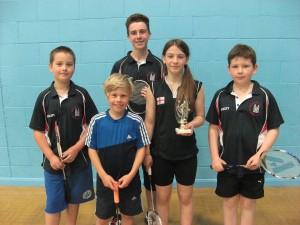 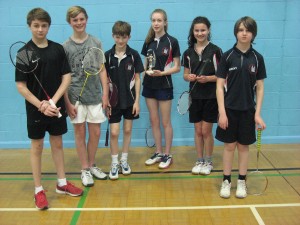 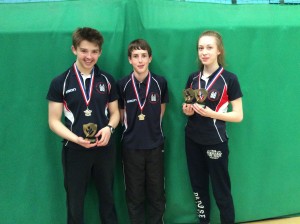 Ten of our members entered the Attewell Tournament on 25th/26th April. All Nottinghamshire players who have not represented the county are eligible to enter.
SJBC had great success in the U15 event with Molly Wade winning girls’ singles and runner up in girls’ doubles; Molly and Oliver Stewart won mixed doubles; and Oliver and James Wade were runners-up in boys’ doubles.