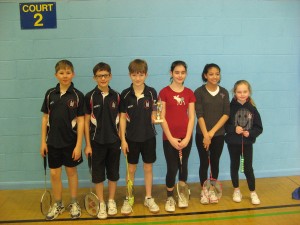 Congratulations to Rachel Cutts and Heather Walker who represented Notts at the annual U17 RIO inter-county tournament at the York Railway Institute. 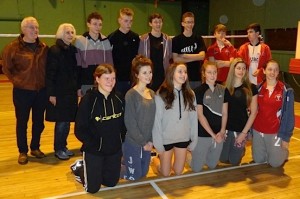 At the Christmas Big Session on 14th December , we played a singles mini-tournament which resulted in some new faces in the winning positions. In the first session, the winner was Adam Foster with James Hardwick as runner-up and in the second session, Edward Sharpe was the winner and David Edmondson-Jones was runner-up. Well done to everyone who took part and especially to those who came in fancy dress! 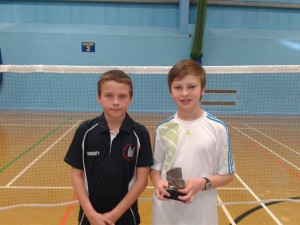 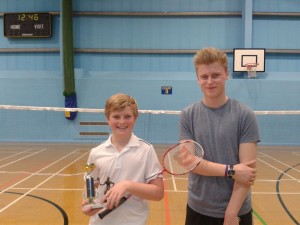 The Nottingham Junior Badminton Association Restricted Singles Tournament takes place annually at Carlton Forum and is open to any player who lives or plays in Nottinghamshire and who has not represented the County. Eleven SJBC players competed.

At U17 , Holly Clarke was runner up and Molly Wade came 3rd.

At U15, James Wade was runner up and Devang Nigam came 3rd. (Molly Wade was the only entrant in the Girls’ Event so she played in the U17 event instead).

At U13, Edward Sharpe was runner up in the Boys’ Event and Sofia Aujla-Jones won the Girls’ Event.

Congratulations to Emma Hooper on winning two silver medals at the Tees Valley U13 bronze on Saturday 23rd November. The medals were in singles and mixed doubles. 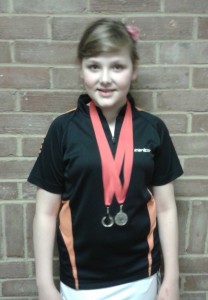 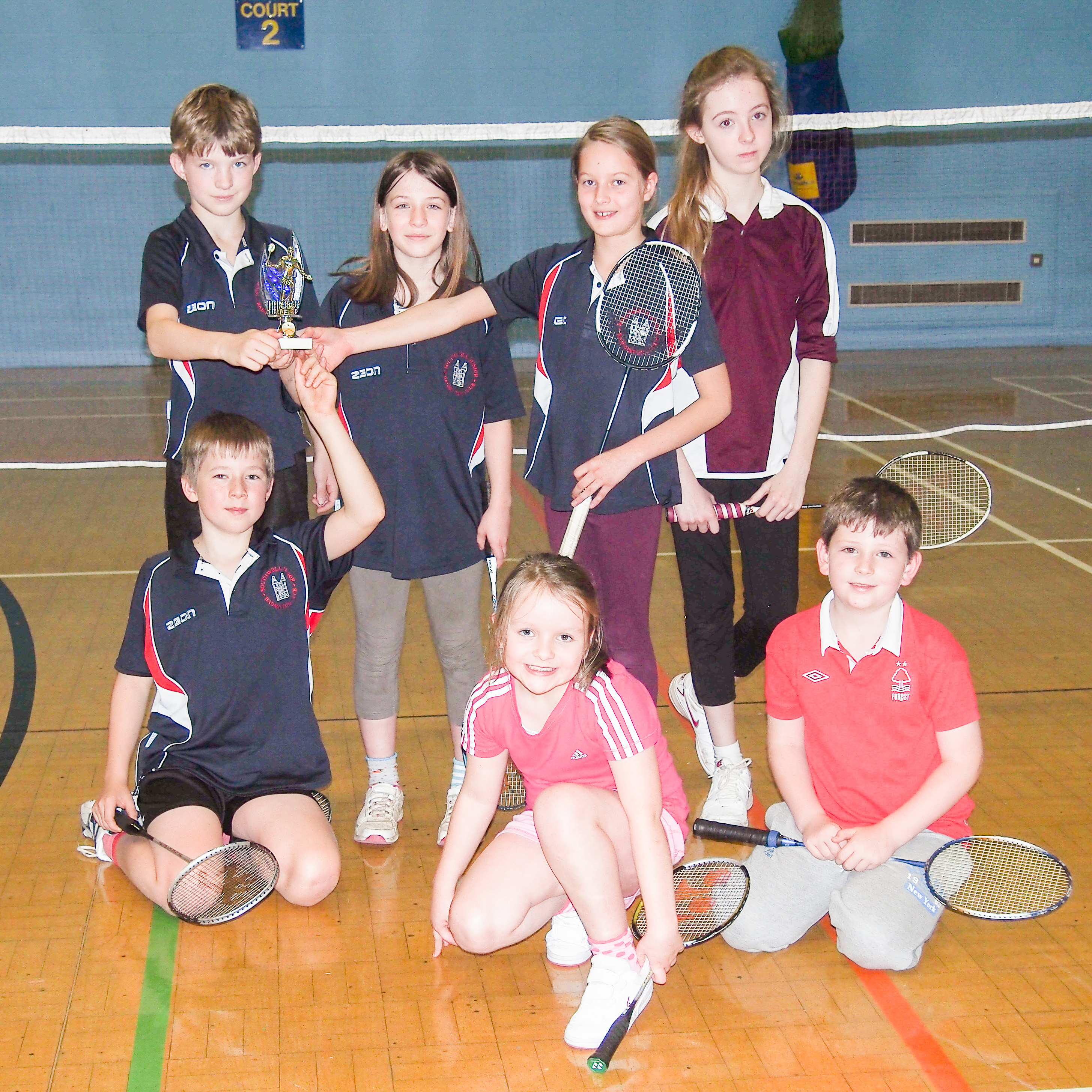 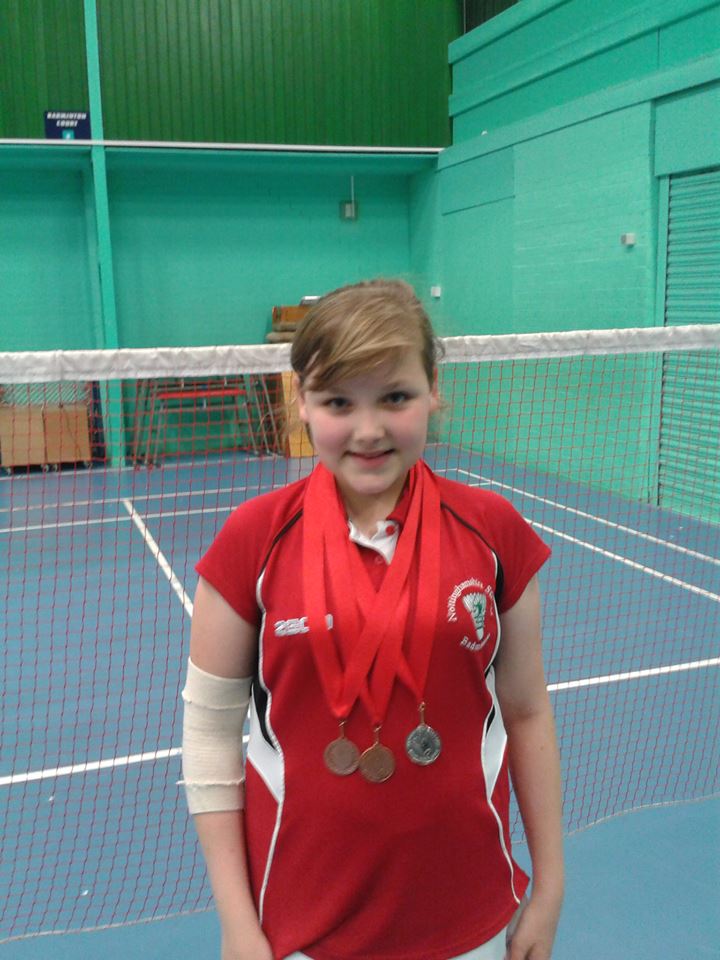 Well done to Emma Hooper who had a fantastic weekend.

Emma entered the Northants U15 bronze tournament on Saturday and won a bronze medal in the girls doubles.

She then entered the Notts U13 bronze on Sunday winning a silver medal in mixed doubles and a bronze medal in the girls doubles.

In the U13 event, Emma Hooper won gold in the girls’ singles and doubles and silver in the mixed doubles. Sofia Aujla-Jones received a silver medal in the girls’ doubles.

At U15, Dan Whaley earned a silver medal in the boys’ singles. 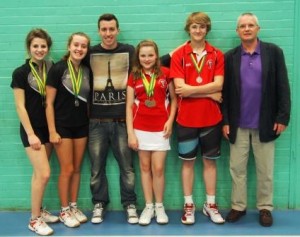 Medals were presented by Peter Mills. Well done everyone! 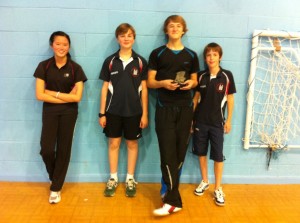 This was our first Big Session in the new format of two two-hour sessions, putting sessions one and two together and three and four together. The winners of the first session were Amy Bruce, Devang Nigam (captain), James Hardwick. Owen Williams, Ben Anderson and Finn Durkin. The second session winners were June Ng, Alasdair Hollows, Dan Whaley (captain) and James Wade. Well played everyone.

In the U13 event, Emma Hooper is through to the final of the girls’ singles, doubles and mixed doubles. Sofia Aujla-Jones has also reached the girls’ doubles final and received a bronze medal in the mixed doubles with a partner from Chilwell.

The U15 event was entered by Sophie Morley, Chloe Jordan, Dan Whaley, Emma Hooper and Eleanor Collins. Dan is through to the final of the boys’ singles. He also got a bronze medal in the boys’ doubles and Sophie and Chloe playing together got a bronze in the girls’ doubles.

Well done to everyone and great presence for SJBC. All the finals will take place at Chilwell Olympia on Sunday 29th September from noon onwards – spectators/supporters welcome